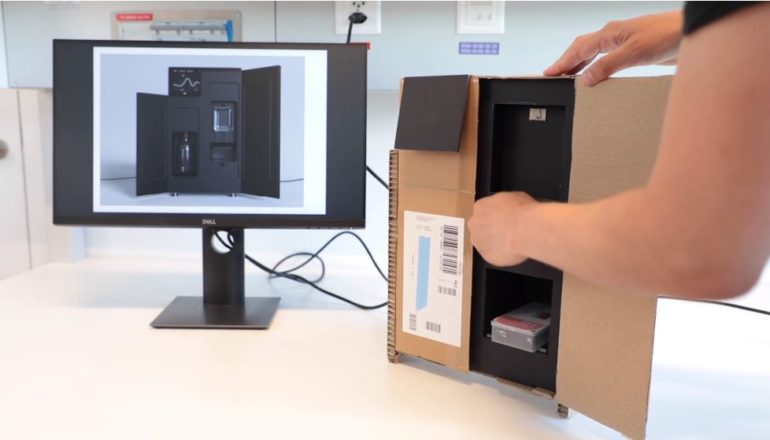 Startups: Where design and technology meet

Enabled by Design is a joint EPFL-ECAL program that forges ties between researchers and designers to make it easier to bring new technology to market.

Researchers are often the first to see a device’s innovative potential. But investors, users and end customers will look not only at its functionality, but also its ergonomics and aesthetics. Laboratory prototypes rarely meet the last two of these criteria – that’s not their purpose. The goal of a prototype is to evaluate the feasibility of a given technology, perform tests and collect data. When a device leaves the research lab and moves into the product development stage, however, its technology needs to meld seamlessly into an intuitive design in order to appeal to users, markets and investors. That’s where Enabled by Design comes in. This program connects designers with tech-oriented entrepreneurs and provides training and coaching, in an effort to get innovations to market as quickly as possible.

Experience has shown that one of the stumbling blocks to rapid market entry is the way in which technology is presented to investors, product testers and potential customers. “Our program therefore includes workshops to educate engineers about design,” says Daphna Glaubert, head of the Enabled by Design program. “You may have an incredible invention with fantastic potential, but it has to meet customers’ needs and speak to people outside the world of R&D. The added value of our approach has been recognized by EPFL’s Startup Launchpad, which provides financial support to its startups that work with us.”

A joint program between EPFL and ECAL

In matching up entrepreneurs with designers, Enabled by Design works a bit like a dating app. Startups post potential design projects on its website, while designers upload their portfolios. And because having the “right chemistry” is also important, Glaubert meets personally with the entrepreneurs and designers to make sure it’s a good fit, keeping in mind both the startup’s needs and the designer’s skills. “Startups require different skills depending on where they are in the business development process,” she says. “For example, if a startup wants to approach other companies, it will need a video, some visuals and a website. Designing the right marketing materials will be key from the start. On the other hand, if a startup is at a point where it’s focused more on the user experience, the first step will be to work on the product itself.” Once a designer has been selected, the project itself generally lasts anywhere between a few weeks to a few months. In a handful of cases, it even leads to the designer being hired or taken on board as a co-founder. 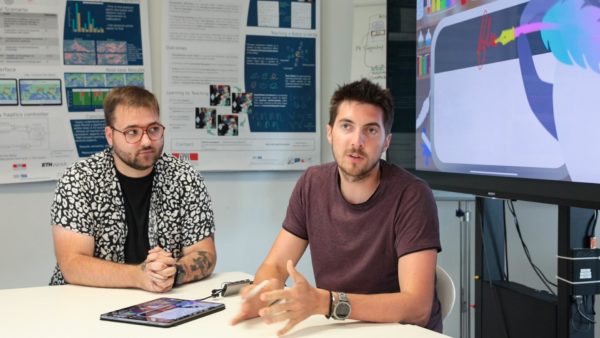 School Rebound, one of the thirty or so startups that have used Enabled by Design’s services, has created an app called Dynamico that helps children learn to write. Based on technology developed at EPFL’s Chili Lab, Dynamico measures various parameters for each user, such as the stylus’ pressure on the tablet, the writing speed and the way letters are drawn. It then suggests personalized games to help improve the child’s writing skills. Working with a designer contacted through Enabled by Design, the company was able to enhance the app’s graphics and make them more enjoyable for both children and therapists. Another startup, Parithera, has developed a non-invasive, fast and accurate test for diagnosing different types of cancer. It aims to develop a prototype that can be shown to potential investors and used by doctors who will test the system.

As a joint program between EPFL and ECAL (the University of Art and Design Lausanne), Enabled by Design also fosters greater understanding between the fields of engineering and design. What’s more, startups are always under enormous time pressure. “Some start off by asking a for ‘just’ a simple design,” says Glaubert. But it takes a lot of work to achieve the simplicity of an attractive, ergonomic product. This work could include performing additional research or spending time in the lab with a product’s inventors in order to fully grasp the underlying concept. As part of its role as an intermediary, Enabled by Design has developed a glossary that allows engineers and designers to speak the same language. “A ‘prototype,’ for example, means different things to different people,” Glaubert points out. “Designers think of a prototype as a cardboard model, whereas engineers expect something functional. And when engineers speak of a ‘minimum viable product,’ designers just stare at them glassy-eyed.”

Finally, Enabled by Design holds a range of activities to share the lessons learned from completed projects. This year, there will also be a design challenge: teams whose members don’t know each other – consisting of two designers and tech-project leaders – will be given just a few working days to come up with an initial concept.

Future Workers on The Future of Work

Seminar on art and AI with Philippe Esling and Ninon Devis